The River and Canal 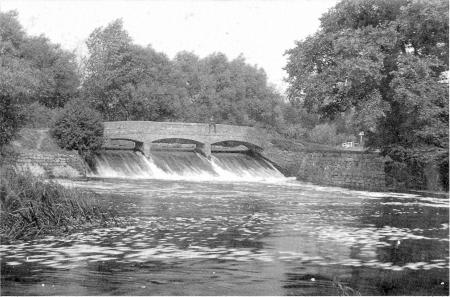 A picturesque view of the weir and bridge (above), which used to form part of the canel towpath until recent years. Both were probably built at the time the canel was being constructed in 1794. Prior to this there would have been a natural waterfall on the course of the river.

During the night of 22nd/23rd of March 1971 the bridge and the weir collapsed causing the canel to run dry, back from Barrow Deep Lock. The weir was rebuilt soon after but the bridge was not rebuilt until in 2001.
The picture below shows what it looks like today. 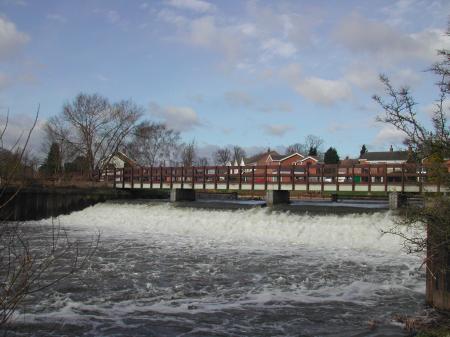 Previous menu page: Rectory Farm
Next page: The Floods of 1912