It is thought that a Dr. Skipton practised in Barrow in the early years of the 20th Century, but Dr. Gray came to Barrow in 1913 and ‘put up his plate’in the house

on the corner of Grove Lane and Sileby Road. At first he did his rounds on a bicycle but later used a motorbike. Dr. Gray was a graduate of Aberdeen University, as was his brother, who practised at Sileby.

Dr. Gray married and bought ‘The Chestnuts’ in Beveridge Street, where his daughters Marie and Eva were born. He bought a motor car in which to do his visits, but because he was so small he had to sit on a large cushion so that he could see out through the steering wheel! There are many people in the village today who remember him affectionately as ‘the little doctor’.

His daughter Eva followed in her father’s footsteps and also read medicine at Aberdeen University where she met her husband James Shirreffs. After qualifying and national service, James joined his father in the practise in 1947. They practised together until 1963, helped by Eva who did baby clinics. She was also employed as a locum Consultant Dermatologist at Rugby Hospital and later as a Clinical Assistant and Hospital Practitioner in Dermatology at Leicester Royal Infirmary. She also did her ‘skin clinics’ at The Chestnuts.
Dr. Gray died in 1963, after fifty years in practice, and was succeeded by Dr. John Earl. Surgeries were horrendously busy and there were no receptionists or nurses. An appointments system was inaugurated, with Mrs Joan Simpson as receptionist and later Mrs Barbara Mitchell as nurse-receptionist and Mrs Jean Worthington as receptionist. 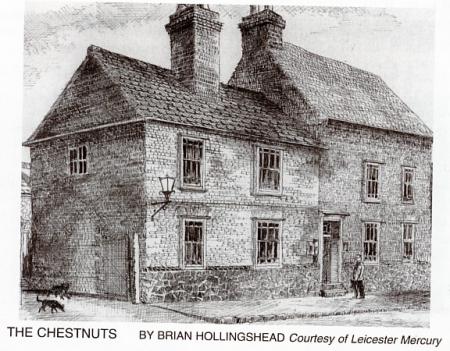 The doctors, as well as their work in Barrow, each did branch surgeries in Quorn and Wymeswold three times a week but after some years gave up the surgery in Station Road, Quorn. Most of the patients in Quorn elected to stay with the Barrow practice and made the journey to the surgery in Barrow.

Dr. Eva, meanwhile, became a part-time partner in the practice and worked longer hours in it while maintaining her Dermatology work in Leicester. Dr. Earl’s speciality was Anaesthetics and he was employed for one session a week at Loughborough Hospital, which he continued until he retired.

With the increasing workload, it was clear that ‘The Chestnuts’ was too small, despite using some rooms upstairs. It was decided to ask Leicestershire Health Authority to build a Health Centre for the use of the practice and their Health Visitors, Midwives, Nurses and Chiropodist. The Health Centre was opened in 1984. What an improvement!
However, Dr. Shirreffs took ill in 1983 and Dr. Nicholas Simpson, a fully qualified surgeon, joined the practice in the same year. Sadly, Dr. Shirreffs died in 1984, after which Dr. John Stocker was appointed as the fourth partner.

In 1985 the junior hospital staff were removed from Loughborough Hospital and Dr. Simpson took on an operating session while Dr. Earl helped out in Surgical Outpatients and Dr. Stocker examined the patients due for surgery the following day. Out of hour cover was shared with the Loughborough Health Centre and the Quorn practice.

In 1987 Dr. Eva Shirreffs retired and Dr. Karen Bates replaced her. Dr. Dipak Dayah joined the practice in 1993, just before Dr. Earl retired in early 1994. Soon after this Dr. Stocker went to Alderney and Dr. Sarah Parker became a partner in the same year. Dr. Karen Bates moved to Devon in 1997 and Dr. Susan Duffy was appointed as her replacement in 1998.

There have been many changes recently, but a strong team moves medical care in the village into the 21st Century. 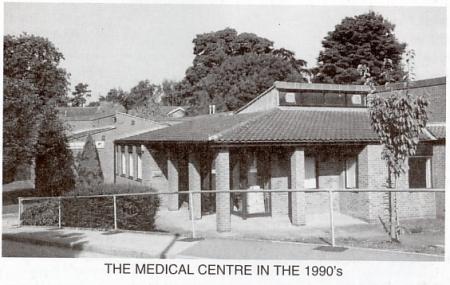