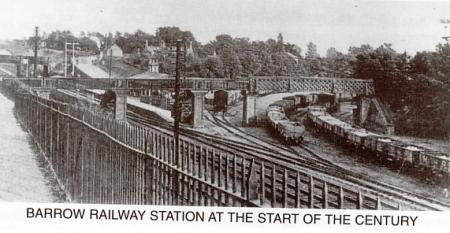 My father was born in 1892. He came from Woodhouse Eaves. He joined the Army in 1914 at the start of WW I and went to France. He was sent to Ireland during the War and so missed the Battle of the Somme! He was in charge of the platoon that arrested Eamon De Valera (After the Easter Rising in 1916, De Valera was released in 1917 and went on to found the political party Fianna Fail and became Irish Prime Minister).
My father went to Chester College to train as a teacher. He met a lad from Cardiff, visited and met the sister whom he later married. He was offered a Headship in Mountsorrel but my mother did not want to leave Cardiff (her father had been gassed and died during the War so her mother was on her own). So my father moved to Cardiff where I was born.


Previous menu page: Living in Barrow in the 20th Century
Next page: The 1920's