These two buildings are still in use today for much the same purpose as was intended when they were originally built, as homes for the elderly. As previously mentioned Humphrey Babington had such a high regard for his uncle, Theophilus Cave, that in his will of 1686 he left monies for the building of a hospital for elderly men. The occupants were to be known as ‘Theophilus Cave's Bedesmen'.

The Old Men's Hospital was erected in 1694 and was to house ‘six poor widowers or batchelors to be selected from amongst the aged and impotent persons of good character in Barrow and Quorndon, in the proportion of five from the former to one from the latter'. 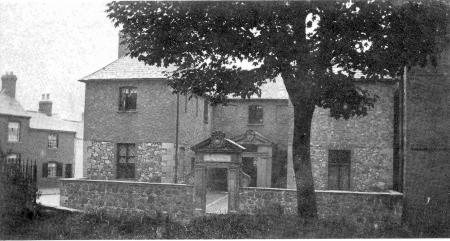 Certain land had been laid aside in the Trust and rent from this paid for the upkeep of the premises. Increase of the annual income led to the support of five additional ‘Bedesmen' in 1802. Such was the increase in revenue that a similar building to be known as the Old Women's Hospital was erected in 1825 at a total cost of £2,283. Prior to the Second World War the ‘Bedesmen' attended Sunday church service in their dark blue gowns edged in white.

In recent times the buildings have been fully modernised into self-contained flats. The Old Women's Hospital has been purchased by Charnwood Borough Council and is now totally administered by them. The income from this sale together with the sale of Pawdy Farm has enabled the Trustees to carry out the necessary alterations to the Old Men's Hospital, making accommodation now available for seven elderly men. The Trustees being under the supervision of the Charity Commissioners.