This delightful footpath walk around the edge of the village of Barrow upon Soar mainly follows recognised footpaths, with excellent views of the River Soar, the Midland railway, and the Millennium Park sundial. You will

see a new woodland tract and experience an area known to locals as "mud alley". Suitable footwear is essential, i.e. walking boots or wellingtons, as it can be wet in parts and, in one place, pretty muddy!!!

You will find ample free parking in the village car park, at the corner of High Street and Cotes Road, adjacent to the Three Crowns Inn. 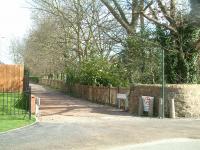 From the car park walk along Cotes Road, on the right hand pavement, past Humphrey Perkins School. Continue, passing Strancliffe Hall on your right, (often obscured by abundant foliage).

At the end of the grounds, turn right into the bridle path called Strancliffe Lane, the end of which can become very muddy, (mud alley) and through the housing estate to Nottingham Road.

During construction of this estate there were some interesting excavations of old lime workings including a number of lime kilns. 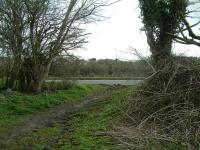 Turn right on to Nottingham Road and cross the road where you should take extra care as you will walk on the grass verge for 500 yards. Follow the road towards the village. You will see a 'Public Bridleway’ sign.

On the left hand side of the road directing you through the allotments (Parson’s Close). Go through the gate at the end of this footpath and enter a field. Turn right and follow the hedge; crossing over the brook to the lane where you turn right. At the end of this lane is the entrance to the Millennium Park. 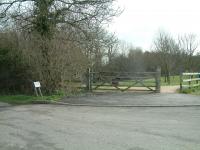 The first feature to catch your eye will be the exciting Thrush’s Eggs sculpture. Walk on to reach the Millennium Sundial. The gnomon, 6.75m high, is one of the tallest in the whole country. From this vantage point there are excellent views of well-known beauty spots….Bradgate Park and Beacon Hill.

Continue along the path to Melton Road. 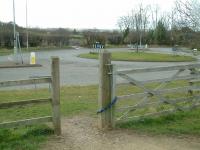 (Note: Here you have a choice….. if the weather is very wet and the terrain sticky, you may follow the shortened route instructions at the end of this document thus avoiding some pretty muddy fields, otherwise continue to follow the directions below.)

Bear left, cross the road and pass through the gate on to the signed bridleway by a newly wooded area to the left. Continue to way marker at end of path, turn right.

And then left down to the railway line. Cross the line here, following all the necessarysafety guidelines, looking and listening carefully, and crossing as quickly as you can. On the other side of the line walk down the “Pingle” footpath to arrive, after about 50 yards, at Sileby Road.

Turn right. Walk along the road for about a quarter of a mile to the bottom of the hill, where, at the end of a row of terraced cottages, you will see a Jitty between 26 & 28 Sileby Road, leading to Avon Road and the river.

After leaving Millennium Park, turn right and walk along Melton Road/Grove Lane for approximately a quarter of a mile. Just after you cross the railway bridge take the pathway on your left which will bring you out on to Sileby Road.

Cross the road here and walk down the hill. Just after the granite wall of the old factory building on your right, between 26 & 28 Sileby Road, you will come to a Jitty where you turn right. Now return to the instructions above, rejoining at the point where it reads “leading to Avon Road and the river”. 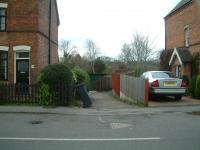 (Alternative route and original route rejoin at this point)

At the river, turn right, continue along Welland Road keeping the river on your left. At Ribble Drive, turn left and, at the junction with Mill Lane, turn left again.

Here you will see the Navigation Inn on the left. 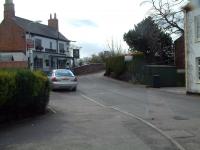 Go past this pub and over the bridge, turning right and descending the steps to the canal towpath taking you to Barrow Deep Lock. At the end of the path turn right to reach the main road opposite the Riverside pub……cross the road and, on the right of the pub, take the steep path - Cliffe Hill. 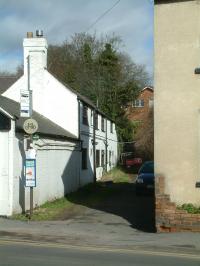 Which leads to the railway bridge. Cross the bridge, following the footpath until it emerges on Cotes Road. 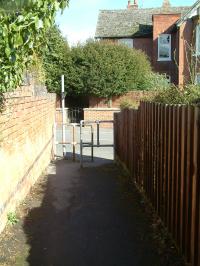 Turn right and after a few yards you return to your starting point at the Three Crowns car park.

Strancliffe Lane is a bridleway between Cotes Road and Nottingham Road. A bridleway’ is a path for horse riders. Most bridleways were created centuries ago and, though we do not have a date for Strancliffe Lane, it is probably very old. It is an example of a useful, ancient route which, for some reason, never got upgraded into a regular road as we know them today. The countryside is criss-crossed by bridleways showing the importance of horses as a means of transport before the widespread use of motorcars.

Strancliffe Lane is a little unusual in that, in several places, the lane is lower than the surrounding fields. This is because it goes through what were once limestone quarries (“delphs”). There is an especially big dip just after the junction with Willow Road and before the path on the right past the orchard kennels. Why should a public right of way go through a quarry? Was it diverted while the quarrying was taking place or was it made only after the quarry was finished?

The Millennium Park was created as a lasting reminder of the Year 2000 celebrations. The centrepiece is the Millennium Sundial. Officially opened in 2004, it has a 6.75m stainless steel ‘gnomon’ – one of the biggest in the country – set in a ‘chapter ring’ of 16 hour-marking granite blocks. It makes much use of local materials in its struct ure and landscaping.

Sundials indicate time by the position of the gnomon’s shadow. The gnomon has to be set parallel to the Earth’s axis to cast a shadow in the same direction at the same time every day of the year. Hence, a sundial has to be calibrated precisely to take account of its location on the surface of the Earth. Patrick Powers, a specialist designer of sundials, was commissioned to do the necessary calculations for Barrow. (for more information, see the British Sundial Society’s website www.sundialsoc.org.uk.)

Sundials show the time by the Sun but – because the Earth does not travel in a strict circle around the Sun (its path is an ellipse), the Earth’s axis is tilted relative to the Sun, and the sundial may not be on the Meridian line of longitude used as the time base – the time shown by the shadow is usually not the same as that shown by a clock. [Clocks show an average or ‘mean’ time for the country as a whole. For the UK this is ‘Greenwich Mean Time’ or GMT. Sundials show what is called ‘Local Apparent Time’ or LAT. LAT is very specific to a place. The combined effect of these differences is that the sundial can appear about 15 minutes fast or slow relative to GMT depending on the time of year. A plaque beside the sundial shows the corrections to make.

A PDF version can be downloaded here.


Previous menu page: Walk along the River Soar from Meadow farm Marina to Pillings Lock
Next page: A Guilded Walk to Miller's Bridge