Or Was it a Lancaster?

Does Anyone Remember a Lancaster Bomber No. JB153 Mark "PM-D" Exploding on 8th. September 1943. 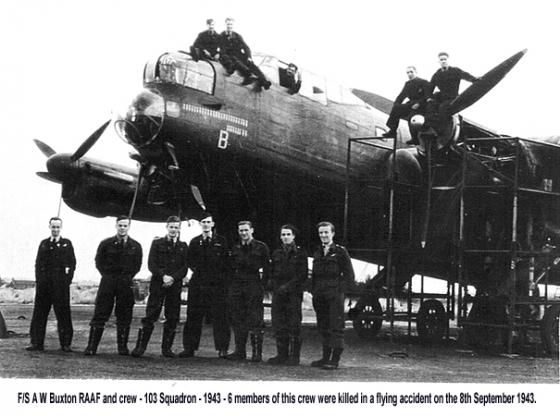 This information was provided by Paul Leeming his uncle was one of the crew.

Flight Sergeant A W Buxton and his crew were posted to 103 Squadron at Elsham Wolds, Lincolnshire in July 1943. 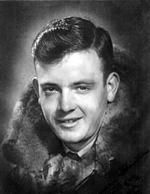 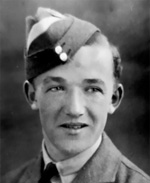 Flight Sergeant Buxton's crew commenced operations in August 1943 and were detailed to fly their first trip on the night of the 2/3rd August to Hamburg. Soon after take off the port inner engine of their Lancaster became unserviceable and they had to jettison the bomb load in the sea and return to Elsham Wolds.

The crew had more luck the following week and successfully completed operations to Mannheim and Nurembergon the nights of the 9/10th and 10/11th August respectively. On the night of the 15/16th August the crew flew an operation to Milanbut their bomb load failed to release over the target due to a technical problem.

The German V weapons site at Peenemundeon the Baltic coast was attacked on the night of the 17/18th August and Flight Sergeant Buxton and his crew took part in this highly important and dangerous operation. The attack caused considerable disruption to the German flying bomb and rocket research programmes and delayed the introduction of these weapons into operational service for some months.

On the night of the 31st August/1st September the crew participated in an attack on Berlin and followed this up with another raid on the German capital on the 3/4th September. This target involved a long flight and was always heavily defended but Flight Sergeant Buxton and his crew completed these sorties successfully and without any reported incident. The crew then participated in 2 raids on successive nights, the 5/6th and 6/7th September, to Mannheim and Munich respectively. Both were again completed successfully.

In 5 weeks Flight Sergeant Buxton and crew had participated in 9 operations and had now over 60 hours of operational flying experience under their belts. Now that they had managed to complete the first difficult stage of their operational tour they must have looked to the future with more confidence although 103 Squadron had lost 9 Lancasters and crews on operations during this period.

At the beginning of September the boys of 1180 Squadron Air Training Corps, based at Buxton in Derbyshire, were attending a weeks camp at Elsham Wolds. The boys were all from the Chapel-en-le-Frith Flight of the Squadron under the command of Lieutenant Commander E J Cook Royal Navy ( Retired ). His eldest son, Sergeant Edward J Cook, had been an Air Gunner with 103 Squadron in the crew of Flight Sergeant "Bunny" Austin. This excellent crew were all killed on the penultimate operation of their tour with the Squadron on the 2/3rd March 1943.

Lieutenant Commander Cook, who was also chairman of the Chapel-en-le-Frith Wings for Victory Committee, had subsequently helped to raise the money to purchase 2 Lancaster bombers for 103 Squadron during the town's Wings for Victory Week. This was a truly splendid effort of fund raising for such a small town. One of the Lancasters was named E for Edward in memory of the late Sergeant E J Cook.

Amongst the cadets at the camp were, Desmond Fox aged 17, Leslie Hall aged 17 and Peter Bond aged 15.

All 3 boys were amongst the keenest members of the Flight and had all recently flown in Derbyshire. All 3 worked together in the toolroom at Ferodo Ltd and were inseperable companions in work and leisure activities. They were all well known and very popular in their home town.

Cadets Hall, Fox and Bond accompanied the crew on this flight. The cadets had the written permission from their parents to undertake air experience flights which were normal practise for cadets to give them some flying time in a modern aircraft during any convenient and suitable routine flight. No doubt all 3 were thrilled at the opportunity to have a trip in an operational machine.

The Lancaster took off from Elsham Wolds at 13.00 hours and landed at Wymeswold in Leicestershire a short while afterwards and taxied up to the control tower. An airman left the Lancaster and reported to the watch officer. Presumably this was Sergeant Davidson, although it is not confirmed. The reason for this is not clear and whoever it was did not return to the aircraft.

A member of the crash crew at Wymeswold noted with interest the Lancaster landing that day because this type of aircraft was rarely seen at their base. The Lancaster immediately took off again with 6 crew members and the 3 air cadets and was seen to be flying normally at between 300/500 feet in a circuit of the base when it turned to port and dived into the ground about 2 miles from the airfield killing all on board instantly.

(does anyone know the location of Arthur Knight farm?)

The aircraft crashed next to the farmhouse of Arthur Knight and his son remembers to this day the sound of the Lancaster's engines running at full revs just above the house and the sound of the bomber hitting the ground nearby. There was no eye witness to the actual impact but it does seem, however, that the pilot made some attempt to pull out of the dive as, at the moment of impact, it was shallow and no part of the aircraft was buried in the ground. The Lancaster immediately collided with a large tree and simultaneously burst into flames about 250 yards from the first point of impact. The emergency services at the airfield were quickly on the scene but there was nothing that could be done for the crew or the cadets.

An investigation was made of the wreckage and it was not possible to prove mechanical failure because the great extent of the damage and destruction to the aircraft. It was, however, established that all the engines were running at the time of the crash. The pilot did not make any distress call although the sudden nature of the dive will have meant there was no time to in which to do so.

The subsequent court of inquiry was unable to definitely establish a cause to the crash and it was attributed to an accident. It is, however, now considered that it is most likely that there was some form of mechanical failure which could not be established due to the complete destruction of the aircraft. This seems the most probable cause bearing in mind Flight Sergeant Buxton was, by this time, a pilot of some experience and considered quite capable. It is possible that he had encountered some problem immediately after take off and was doing a circuit of the airfield to come in and land again although it is puzzling that they had not informed the control tower of any difficulty.

The loss of any crew is a tragedy and a sad business but this was particularly so because of the deaths of the 3 young air cadets. The funeral of the boys was held with full military honours at the Chapel-en-le-Frith Parish Church on the following Saturday. The service was attended by over 800 family, friends and representatives from the services and the local community which was united in grief at the loss of 3 popular and respected local boys.

Sgt Davidson resumed operations with 103 Squadron but sadly he too was to loose his life before the month was out. He flew as rear gunner in the crews of F/O H D Churchill to Hannover on the 22/23rd Sept 43 and S/L " Jake" Kennard to Mannheim on the 23/24th Sept 43. On his second operation with S/L Kennard this highly experienced and decorated crew were shot down on the night of the 27/28th Sept 43 whilst taking part in an operation to Hannover. Sgt Davidson is buried with the rest of this crew at the Hannover War Cemetery.

I am most grateful to

1/ Edwin Whalley for information, photographs and the loan of various personal items belonging to his late brother Stephen.

2/ Joyce Latto, Joan Brodie and Mrs Grieg for the photographs and/or information relating to the late Normand Kidd.

3/ Andrew Milne who was stationed at Wymeswold at the time for his recollections of this crash.

4/ Warrant Officer A D Bland of 1188 ( Coalville ) Squadron Air Training Corps for information and newspaper cuttings relating to this incident.

(Gratefull thanks to David W Fell and Paul Leeming.)

The location of the crash was provided by the MOD. Transcript.

"Our records give a Map reference of 065405 for "Sheet 63 1 inch Popular Edition" which presumably is an Ordnance Survey map. The Death Certificate for one of the Air Training Corps Cadets on board gives the location as "in a field belonging to Arthur Knight of Shuttlewood Farm, Walton on the Wolds".


Previous menu page: The Barrow Dakota or was it a Lancaster?
Next page: Witness to the Lancaster Tragedy