The photograph is a pre-L" World War photograph of deep delph workings in the Hall Orchard School playing field. In the corner of the photo the old schoolroom bell tower can be seen confirming its location.

The photograph shows the men arranged in tiers as they stood on the different levels of the pit. An old village lady now deceased said that that her grandfather Harry Braunstone (b. 1879) worked in the Barrow quarries from the age of 15, and he knew many of the fellows in the photograph. He obviously did not think much of them because he said that all but 3 were shortly after "given the sack"
(no explanations were proffered). The delph in question was one of five in Barrow at the time and consisted of five floors. Pick axes and shovels were used to remove the limestone and intervening shale. The material was then carted away in wheelbarrows along planks supported by trestles across the delph. This was the most dangerous job in the quarry especially in wet weather when the planks were very slippery and was rewarded with extra pay. The barrowers could opt out in wet weather, but the result was they got no pay.

The work involved in quarrying limestone was described by a framework knitter in the 1844 Parliamentary Report as "the hardest work a man can do". Obviously he had some experience of it. 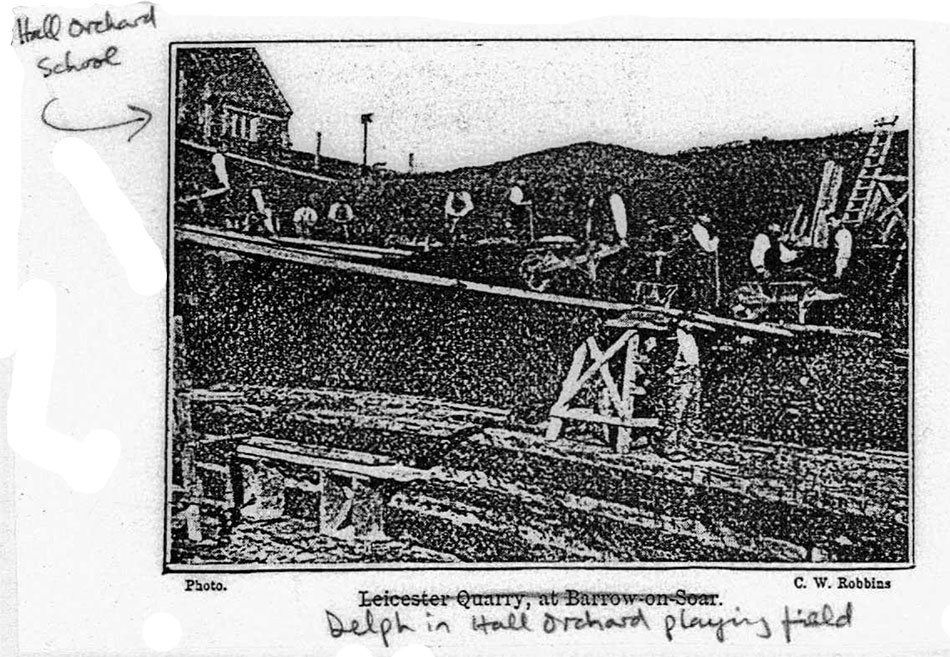 Previous menu page: Limestone Delphs in and around Barrow
Next page: The Barrow Cure