Currently the Hairdressers H20 occupies the modern block between the Conservative Club and Church Lane. This building appears to date from the 1960s. It is situated in the part of North Street that was formerly known as Coal Hill, which is the stretch of road between The Hammer and Pincers public house and The Women's Hospital.

Previously on this site there was a bakery together with two other shops. From a hand-drawn map compiled in the 1920s, the bakehouse is shown as being alongside Church Lane, with a fish shop and then a bread and" cake shop next. The bakehouse and bread and cakes shop were run by Mr and Mrs Wilson. The fish shop was run by Mrs Newby. In earlier years, 1891 and 1901, the baker had been identified as "Mr H Bryan, who lived there with his wife, two daughters and his mother-in-law.

Census information prior to 1891 does not make it clear who lived on this site, though it seems likely to have been John Lockwood, a Coal Dealer and Grocer. The coal yard, which presumably was used by Mr Lockwood, was across the road where the present day Library is situated. This must be the origin of the local name for this part of North Street - Coal Hill.

In the 1911 census there seem to be no buildings between The Hammer and Pincers and the Methodist Chapel.

In more recent memory on the site of H20, there was an Estate Agent, a hairdressers (Mary Brown), a Sweetshop (Rainbow Sweets), a Hardware and Toyshop (Penrose's), a DIY shop, a Co-operative Wholesale Society shop and a Flower shop. 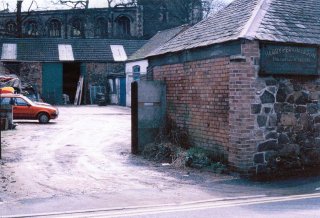 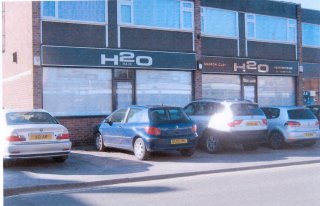