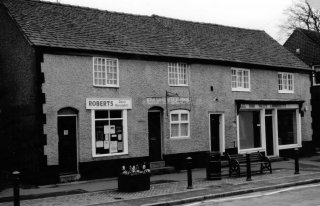 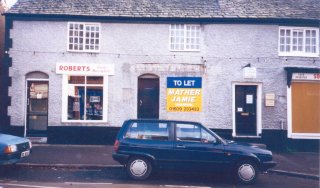 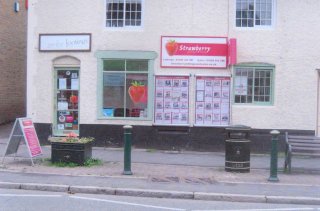 The Footings and Strawberry Lettings 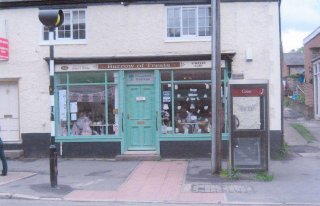 Barrow of Treats at number 22, High Street used to be the village Post Office until the new Post Office was built, in its current position, in the 1960s. During and just after the war years the Postmistress was Mrs Bartlett.

When the Post Office moved, this property was converted into a Launderette which was probably owned and was definitely managed by the son, (Michael Tipping) of the then postmaster, Mr Cliff Tipping.

After the launderette closed down it became an art shop called, Frame-It which was primarily a picture framing shop. You could also buy paintings and prints, many by local artists.
When Frame-It moved to premises at Wymeswold it was converted in to the coffee shop now called, Barrow of Treats.

The door after the coffee shop was the entrance to the NatWest Bank. The Loughborough branch of NatWest provided one member of staff and a security guard to run a service here on 3 days a week for just a few hours around lunch time. The secretary, from Humphrey Perkins, used this bank to deposit dinner money, it could be very frustrating if you were behind her in the queue and -all you wanted to do was cash a cheque! This was in the days before the "Hole in the Wall".

The bank decided that this service was too expensive to provide and closed round 1995.
This door then provided access to a dental surgery, upstairs, which was initially a Mr MacWilliams. Mrs Millar then took over the business and she took Sunni Jassal on as a partner. When Mrs Millar moved to Wales, Mrs Jassal took on the practice and worked in these premises until she moved to number 46, High Street after Fairwear ceased Trading.
It is now access to a residential property above The Footings/Strawberry Lettings.

The end shop of this row, that is now The Footings/Strawberry Lettings, was previously
Hetterleys estate agents. Before it was an estate agents it was a barbers called Roberts. At one time, many years ago, the barber here was Mr Bartlett, the husband of the postmistress.

Can you recall this property being any other shop?