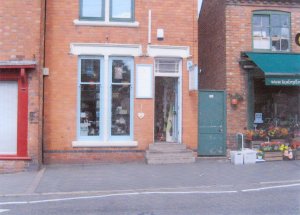 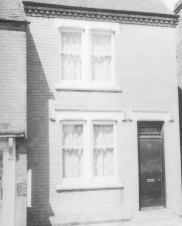 In the census of 1871 William Briggs, a butcher, was recorded as living at this location but it seems likely that the current building replaced the one that Mr Briggs lived and worked in.
In the years between 1881 and 1901 number 15 was recorded as being the dwelling of George Brambley, a Framework Knitter.
In the years between 1901 and 1911 George Brambley moved next door to 15a High Street, where he continued to work as a Framework Knitter.
The current building at 15 (Victoria Jane), looks as though it was probably built in the early part of the 20"century. In 1911 Thomas Brambley, a Farm Labourer was recorded as living in number 15, having previously lived at 15a. It seems as though George and Thomas swopped houses. Until it was converted to a shop (Victoria Jane) in 2005, number 15 continued to be the family home of the Bramley family.

The 'b' in Brambley seems to have been dropped after the 1911 census.