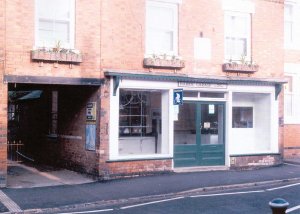 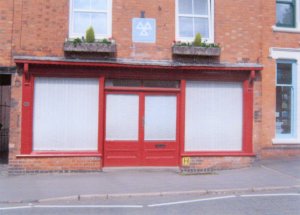 In 2002 Don Mitchell retired and the business known as Harris Garage became a private house where Don and his wife still live.

Harris' Garage, Proprietors H.L. & D.H. Mitchell was advertised in a Scout's book about "Barrow published in the 1970s.

Harold Leslie Mitchell, Don's father ran the garage from 1950 and bought the business from Fred Harris in 1958. Les Mitchell trained as an apprentice at Wolseley cars.

Don trained as an engraver, working mainly in the printing and footwear industries. He joined his father in 1961 and was trained by him before taking over the business in 1978.

In Don's time the petrol pumps dispensed BP petrol. The fuel was served across the footpath. Les Mitchell sold two and four star petrol from pumps at the front of the shop. Vehicles parked at the kerb and a metal arm was swung out over the pavement to carry the fuel hose to the waiting car.

Both Don and his father repaired cycles as well as cars. They were agents for Raleigh Cycles.

In 1922 Frederick Harris, a hosiery mechanic from Sileby, bought 13 High Street, (or was it North Street then?) from W.G. Hull, a plumber. ~r Harris supplied taxis, wedding cars and garage services until 1946 when the business was sold on to Frederick Kings Partridge. 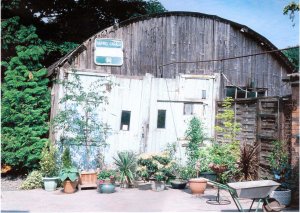 The date of the original garage workshop is not known but it was extended in the early 1920s by Mr Harris' purchase of a 1stWorld War army hut.

The garage workshop was visible from the old Barrow railway station platform so Mr Partridge erected a sign at the back of it advertising his taxi service available on QUORN 34.

It was during Mr Harris' ownership that the original shop front was changed to two large windows and wide half glass double doors enabling him to display cars for sale. Usually an Austin Seven and a Morris 8 occupied the showroom.

Local residents remember taking their paraffin cans to be filled from a 600 gallon tank in the shop. This was at a time when many homes had paraffin heaters.

It is thought that the archway was modified at some stage to allow a charabanc access to the workshop in the back yard.

Don discovered the keystone to the arch adjacent to the building in a rockery in the garden. The date was 1878.

William George Hull owned the premises towards the end of the 1stWorld War. It is not clear whether he ran his plumbing business from there. In 1922 he sold out to Mr Harris.

The deeds to the property refer to ownership from 1731 and record a "common beer house", the Railway Inn as well as a butcher's shop. Quantities of bones and pots have been found in the garden and bottles under the path.

The 1891 Census" Schedule 212 lists a Fred Harris born 1884, living in Grove Lane with his grandfather John Harris, Framework Knitter. The 1901 Census has Fred Harris aged 17 living in Chapman's Lane, son of John and Sarah Harris. He was a joiner's apprentice.
It is not clear whether this is the future garage owner.