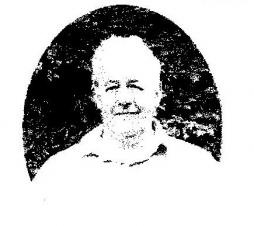 Dr John Earl was 'conceived in Jarrow, born in Harrow, and lived in Barrow' - as he loved telling people. He had a great sense of humour and keen intellect.

He qualified in medicine at Cambridge University, where he met fellow undergraduate Margaret, Following graduation and marriage, Dr Earl worked for the Colonial Medical Service in Uganda, often working and conducting surgery in very primitive conditions. He returned to England in 1963 with his wife, son Simon and daughter Caroline and obtained a position as a General Practitioner in practice with Dr Shirreff at Barrow, with whom he became a firm friend as well as hard-working colleague. The practice later moved to the new Health Centre in 1980.

As well as his formidable medical knowledge, Dr Earl possessed a very caring nature and had great empathy with his patients. He was involved in many home deliveries, care of the elderly and obstetrics, spending much time reassuring patients and allaying their anxieties. He was well appreciated for his listening and counselling skills.

Dr Earl often put to use his sense of humour, playing dame or villain in village pantomimes. He was involved in Bishop Beveridge Club, Barrow Runners, and the Chrysanthemum & Dahlia Society. He was a keen gardener and extremely attached to his boxer dogs, which he took running with him and even visits to the surgery on occasions. Dr Earl was very proud of his family – his wife Margaret being a GP in Loughborough, and his three children,Simon, Caroline and Jeremy.

Following retirement, he was a member of the Parish Council, one of his campaigns being for the re-opening of the Rookery Footpath which led to the issue being eventually debated in parliament and his name being recorded in a Hansard transcript.

With several Master Mariners in his family and an ancestry which he could trace back to Captain Cook, John was an accomplished sailor – an activity which he greatly enjoyed. On his retirement, sadly enforced by ill-health, he was presented with a dinghy by his grateful patients which he proudly received.

He had become counsellor and friend to many people as was apparent by the large attendance at his funeral service in Barrow Church.

He was a man of quiet and deep faith and will be remembered with great affection. A new road in the village has been named in his memory.